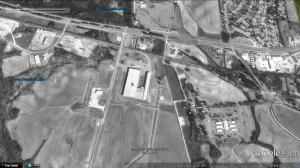 Hanna Steel Corporation, located in Northport, Alabama, is a facility that produces steel tubing between ½ square inch and 10 square inches in a variety of shapes. These steel tubes have a variety of applications, from office furniture and water heater tubes to vehicle axles and conveyor tubing. The Hanna Steel website also offers to help customers individually choose the right product for their needs (1). According to the company’s website, Walter J. Hanna started the Hanna Steel Corporation in 1954 and broke ground on the first plant in Fairfield, Alabama, nearly a decade later. The Hannas, both Walter and his son and current CEO Pete, prided themselves on taking care of employees. Pete is quoted on the company’s history page as saying “It was my dream for my employees to have the best car and the best house on their street. Period” (2). 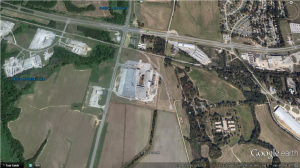 Hanna came to Northport in 1991 with the groundbreaking of a 144,000 square foot facility. 1995 saw the facility expand to a half million square feet (2). The Birmingham Business Journal reported in April of 1994 that the expansion would add at least 140 jobs (3). Today, the Northport plant serves as the “home for Hanna’s southeast tubing operations,” and currently employs 120 people (2, 12). Hanna Steel Corp. also owns its own trucking line, Hanna Truck Line (HTL). Its fleet contains at least 70 tractors and over 190 trailers, and, according to the HTL website, employs 450 people (13, 14). HTL services 25 states across the South and Midwest.

According to a Tuscaloosa News article from August 2013, Hanna recently came under fire for worker safety violations. The United States Occupational Safety and Health Administration (OSHA) fined the Northport plant $117,000 for 15 violations, including 2 repeat violations from an inspection earlier that year. The repeat violations were for “failing to ensure safety equipment on grinders was properly adjusted” and said “the company didn’t develop a plan to deal with potentially hazardous energy during equipment maintenance” (7). Other violations included not requiring employees to wear hand protection when working with hazardous materials (7).

Hanna Steel’s Enforcement and Compliance History Online report, compiled and updated by the Environmental Protection Agency (EPA), shows that the firm has no compliance violations (4). Records also show that Hanna Steel released around 16,000 pounds of diethanolamine from production-waste management in 1998 and 1999, with a drastic decrease in 2000 with the introduction of a larger waster container. The firm used smaller containers in the past to discard waste, but has since switched to a larger container and, as a result, was able to decrease their diethanolamine waste levels by nearly 14,000 pounds (5). The EPA defines diethanolamine as “a colorless power or liquid with a slight ammonia-like odor” (6). It is used in many soaps and shampoos, and has no known chronic health effects. Inhalation can cause irritation of the eyes and nose, and exposure to skin can cause irritation as well (6). The EPA also measured a few other chemicals as being released from Hanna Steel’s Northport plant. Between 2008 and 2013, the EPA documented an average of around 250 pounds of chemicals released yearly. In 2013, the breakdown of the chemicals released was 235 pounds of manganese, 46 pounds of nickel and 46 pounds of chromium (8). These metals were dumped in the Pineview Landfill in Dora, Alabama, just outside Birmingham (15). All three are silvery white metals that, in large amounts, can lead to serious health effects. Inhalation of large amounts of chromium or nickel can lead to respiratory issues, and inhaling large amounts of manganese can damage the nervous system (9, 10, 11). The EPA has also not found Hanna Steel responsible for any water pollution.