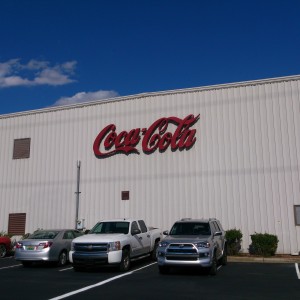 The Coca-Cola Bottling Company on the outskirts of Tuscaloosa, Alabama, is one of many small businesses that promote the sale of the products of The Coca-Cola Company, which is headquartered in Atlanta, Georgia. This stockyard is top notch, but is scarce in business information, and is managed under the direction of sales supervisor Jack Sherman. This business, contrary to popular belief, does not produce, but instead distributes beverages such as Coca-Cola, Sprite, Mr. Pibb, Mello Yello, Dasani, Fuze, Seagram’s Ginger Ale, Fanta, and hundreds of other brands owned by the Coca-Cola Company not only to other businesses in Tuscaloosa, but also to other communities in West Alabama, such as Greensboro and Marion and others. Also, it does not make limited edition designs on the cans and bottles, such as national championship commemoratives, which is done by The Coca-Cola Company.

The business came to town around the late 1980’s and early 1990’s due to the growing success of the sales of Coca-Cola.  Prior to this, there were many more local bottlers operating in small towns, but, according to the documentary Coca-Cola: The Real Story Behind the Real Thing, bottlers struggled to stay in business due to soaring interest rates.  Therefore, many managers sold their plants to the Coca-Cola Company to create Coca-Cola Enterprises in 1986.(1)

This business has a small economic impact on the city of Tuscaloosa. Currently, it employs about 39 hardworking individuals dedicated to the distribution of the beverages.  According to the United States Securities and Exchange Commission (SEC), Coca-Cola currently employs between 130,600 and 150,900 Americans.(2)  Globally, the Company is worth about 74 billion dollars, more than Pepsi, Budweiser, Red Bull, and Starbucks combined and makes about 28 billion dollars in revenue, according to Brandz Top 100 and Bloomberg.com respectively.(3)(4)  Other than spending money on raw materials, Coca-Cola also goes the extra distance in spending money on advertising, a tactic that has helped the company rise to prominence beyond measure. Some of their advertising campaigns include the Coca-Cola polar bear, the modern-day idea of Santa Claus, and the Fantanas. 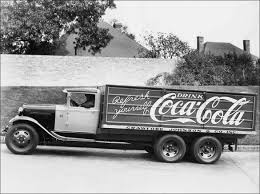 The Coca-Cola Company is very aware and cautious of the size of its carbon footprint and goes to great lengths to ensure that it does not harm the planet in any way. It also informs the general public about the positives of recycling containers. The Company utilizes about 300,000 tons of aluminum annually in the production of canned drinks, according to the United States Geological Survey.(5)  Until recently, one of their products, Dasani water, is now bottled in plastic bottles in which 30 percent of it is composed of 100 percent recycled plastic. Perhaps their biggest benefit to the environment is, by teaming up with the World Wildlife Foundation, advocating for the preservation of the polar ice caps from global warming and the protection of the endangered polar bear in a campaign known as the Arctic Home. According to the Coca-Cola Enterprises Sustainability Report, the size of the Company’s carbon dioxide emissions has gradually decreased from 863.5 million metric tons in 2006 to 769 million in 2011.(6)