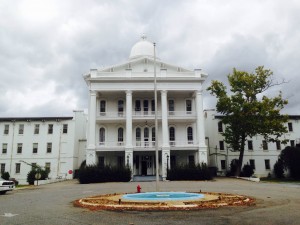 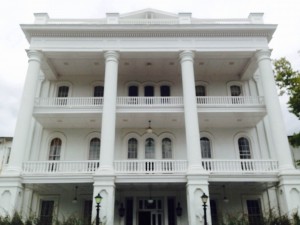 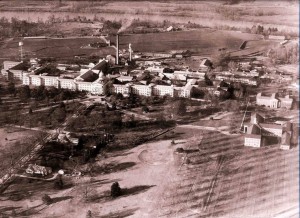 Bryce Hospital was established as the Alabama Insane Hospital in 1861 in Tuscaloosa, Alabama. It was the first mental hospital in the state; before reforms brought about by the advocacy of Dorothea Dix in the 1840’s, Americans with mental illnesses were generally put in prisons (4). The hospital was renamed for its first superintendent, Dr. Peter Bryce, in 1900. Dr. Bryce intended for the facility to be a haven for mental patients, initially instituting liberal reforms such as the abolition of straight jackets. The New York Times referred to Bryce in 1895 as “ a model home for the insane. (3)” This, however, was short lived, as budget constraints prevented the hospital from adequately caring for patients. After over a century of horrid living conditions, the U.S. Supreme Court ruled in 1970 in Wyatt v. Stickney that mental patients committed to the hospital had the right to a higher standard of medical care (1). Conditions improved, and patients were steadily released based on new mental evaluations. Bryce Hospital closed its historic location in 2009, leaving the building vacant until 2014, when it was purchased by the University of Alabama.

At its peak in the 1970’s, Bryce Hospital employed over 1,200 employees and an annual revenue of over $132 million. This money, however, was inadequate to benefit patients. In 1970, Bryce Hospital housed over 5,000 psychiatric patients and employed only three psychiatrists (1). The hospital spent $0.50 per patient per day, with most costs going to construction of new wings and employing orderlies. Still, the hospital was alongside Nucor Steel and the University of Alabama as a critical employer for the growing city of Tuscaloosa. Very few Alabamians had degrees in psychiatry in the mid 20th century, but Bryce offered jobs to those with high school diplomas and provided general medical experience to many University of Alabama students.

In 1876, Bryce Hospital was powered by the coalmines that the hospital owned (1). Through the turn of the century, and until electricity took hold of the region, Bryce profited from the sale of power to the University of Alabama. When the first dam was built on the Black Warrior River in 1963, the influx of inexpensive hydroelectric power allowed Bryce to expand to its peak size. According to the Bryce Hospital Historic Preservation Project, Bryce Hospital was the third-largest building in the world in 1970 (1). As mentioned before, Bryce Hospital only spent $0.50 per patient per day at the time, but the hospital’s power consumption was massive, and remained that way until its closing (5). The hospital’s water consumption was equally large, and was also aided by the damming of the Black Warrior. In 2005, Bryce Hospital spent $771,289 on electricity, used approximately 83,615,000 cubic feet of natural gas, which cost $857,178; and spent $59,107 on water (5). A 1958 report by the Geological Survey of Alabama detailed sanitation issues in the groundwater surrounding the hospital, probably due to inadequate waste disposal. The report, however, after detailing the standards for dissolved solids and other elements that Tuscaloosa water exceeded, noted that “water of such quality is not available in many areas of the United States, and poorer quality water is used for many purposes with little or no ill effects (2).”Due to the building’s size and age, lead contamination of the atmosphere and surrounding resources can be traced to the hospital’s use of lead paint until the 1980’s. Asbestos also presented an environmental challenge in the form of increased mesothelioma risk, albeit only to those in the immediate vicinity of the building, as many wings of Bryce Hospital were torn down due to budget constraints before they were stripped of such harmful materials.